Sociology is one of the optional subjects in the UPSC civil service examination. The IAS examination is a part of the IAS examination that has three stages that include a preliminary examination, main examination, and the interview round. In this article, you will get the whole syllabus of sociology. The sociology subject syllabus overlaps with the general studies paper first in UPSC mains examination and it is also helpful for the general studies essay paper. The nature of sociology focuses on contemporary issues in society. It is an optional subject of 250 marks with a total of 500 marks. This optional subject is a very popular choice among the candidates who want to become a successful IAS officer as in this subject the candidates get good information on how to deal with the problems of the society.

Why is sociology an optional paper for UPSC?

Following are the reasons that define the importance of sociology and the reason behind choosing sociology as a subject for an optional paper in UPSC:-

(a) Modernity and social changes in Europe and emergence of sociology.

(b) Scope of the subject and comparison with other social sciences.

(a) Science, scientific method and critique.

(c) Positivism and its critique.

(a) Qualitative and quantitative methods.

(b) Techniques of data collection.

(b)  Formal and informal organization of work

(a)  Sociological theories of power

(a)   Sociological theories of religion.

(a)   Sociological theories of social change.

(b)   Development and dependency.

(i) Perspectives on the study of Indian society:-

(a) Social background of Indian nationalism.

(b) Modernization of Indian tradition.

(c) Protests and movements during the colonial period.

(i) Rural and Agrarian Social Structure:-

(a) The idea of Indian village and village studies-

(b) Features of the caste system.

(d) Issues of integration and autonomy.

(v) Systems of Kinship in India:-

(a) Lineage and descent in India.

(b) Types of kinship systems.

(c) Family and marriage in India.

(d) Household dimensions of the family.

(a) Religious communities in India.

(b) Problems of religious minorities.

(i) Visions of Social Change in India:-

(a) Idea of development planning and mixed economy.

(b) Constitution, law and social change.

(b) Green revolution and social change.

(iii) Industrialization and Urbanization in India:-

(a) Evolution of modern industry in India.

(b) Growth of urban settlements in India.

(a) Nation, democracy and citizenship.

(c) Regionalism and decentralization of power.

(a) Peasants and farmers movements.

(a)  Crisis of development:- displacement, environmental problems, and sustainability.

(b) Poverty, deprivation and inequalities.

(f) Illiteracy and disparities in education.

Booklist for the preparation of sociology examination

Sociology is one of the most popular optional subjects among the UPSC candidates. following are the resources that can be helpful for the students who are preparing for sociology:- 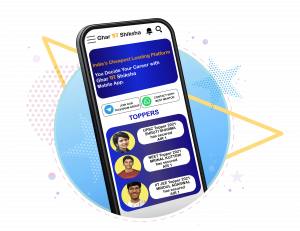